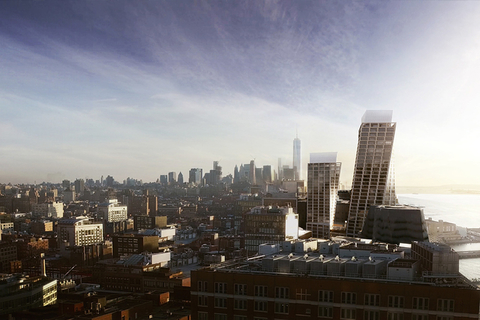 Elected for the second year as the best hotel group in the world, discover the future and first establishment of Six Senses in the United States, within the New York condominium under construction, the XI. And take advantage of BARNES ‘partnership with their Crans-Montana site, in the heart of the Swiss Alps.

Now renowned for being the best luxury hotel group in the world, Six Senses has earned this worldwide fame thanks to its values, its architecture always in harmony with the local environment, and its outstanding service. Six Senses’s mission is to promote luxury and personal health, while being sustainable; their vision being to improve all aspects of the experience specific to the needs of each client, from sleep to food and of course well-being with exceptional spas and a physical support service and personalized spiritual.

Six Senses is present in the most coveted regions of the world: Maldives, Seychelles, Thailand, Oman, Portugal… The chain now has 19 hotels around the world and numerous opening projects in new and equally exceptional locations.

Located in desirable Chelsea, the XI is an entire block of residential condominium development, overlooking the Hudson River on one side and the High Line on the other, right in the heart of New York City. Led by the developer HFZ Capital Group, and designed by the architecture firm Bjarke Ingels Group, this project with two towers (the X and the I) will include 247 apartments, the famous Six Senses hotel with 137 rooms, 8,000 m² of premises commercial, an artistic space, … 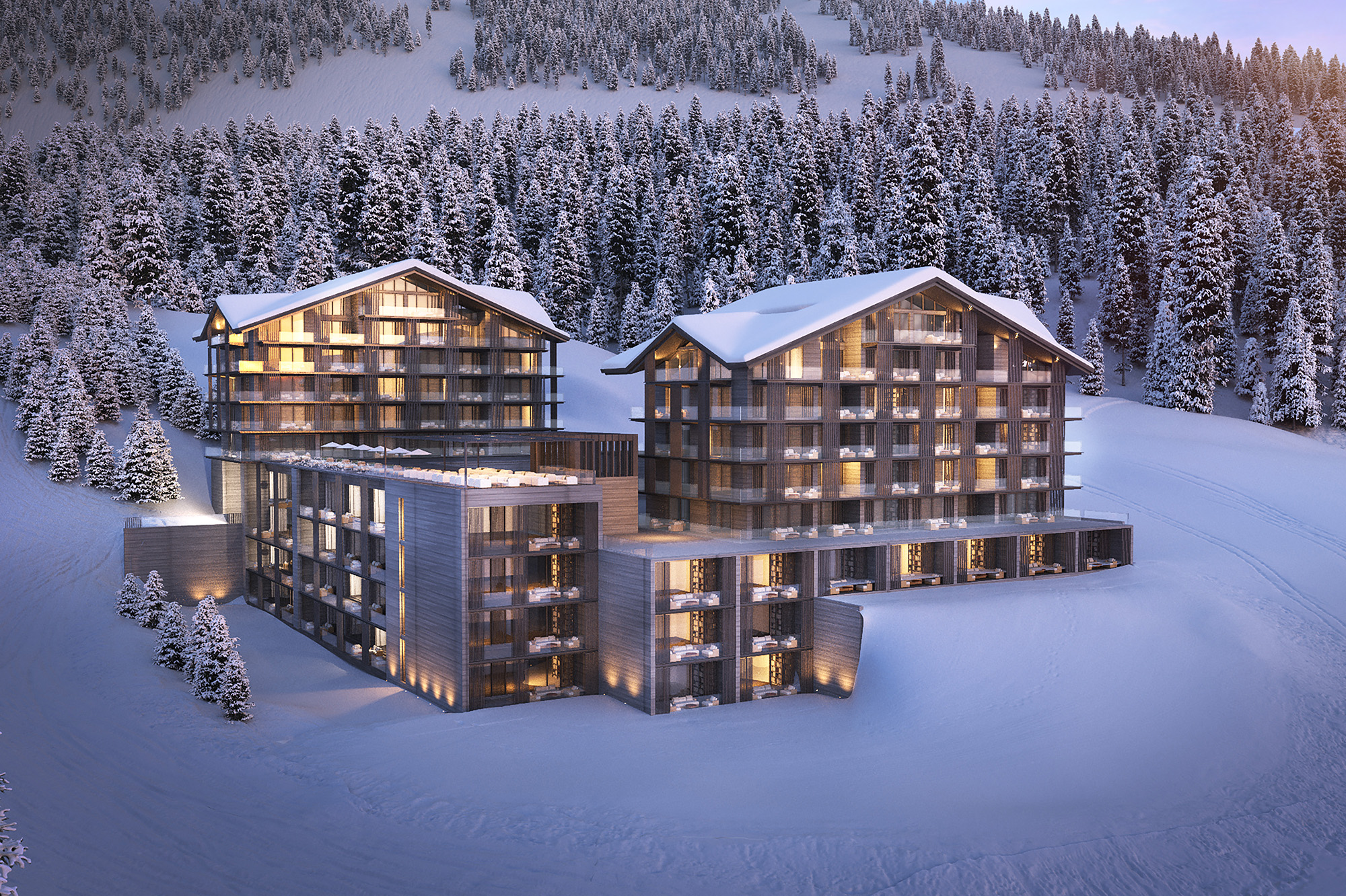 Barnes Suisse sells the Six Senses Residences in Crans-Montana, in the heart of the Swiss Alps, an enchanting village surrounded by striking nature. It shines through the excellence of its hotel industry, its major sporting events, its social and cultural life. Just an hour’s flight from the main European capitals, the resort enjoys ideal accessibility. Six Senses Résidences presents an exceptional opportunity to become the owner of a prestigious apartment in the jewel of the Alps. New program delivered in 2021, only 17 apartments are available. Owners will have access to the exclusive amenities and privileges of the 6S resort while enjoying the privacy of a private second home.

Built with renewable and local materials, in compliance with energy and water consumption standards, the residences have a low environmental footprint while offering sumptuous and comfortable spaces for an ideal vacation in the mountains. It is important to note that the Six Senses in Crans-Montana is the only luxury real estate product that foreigners can buy in Switzerland, as a secondary home and without applying for a Swiss residence.

Contact your BARNES New York branch for any information regarding the Six Senses offer in New York or Crans-Montana. 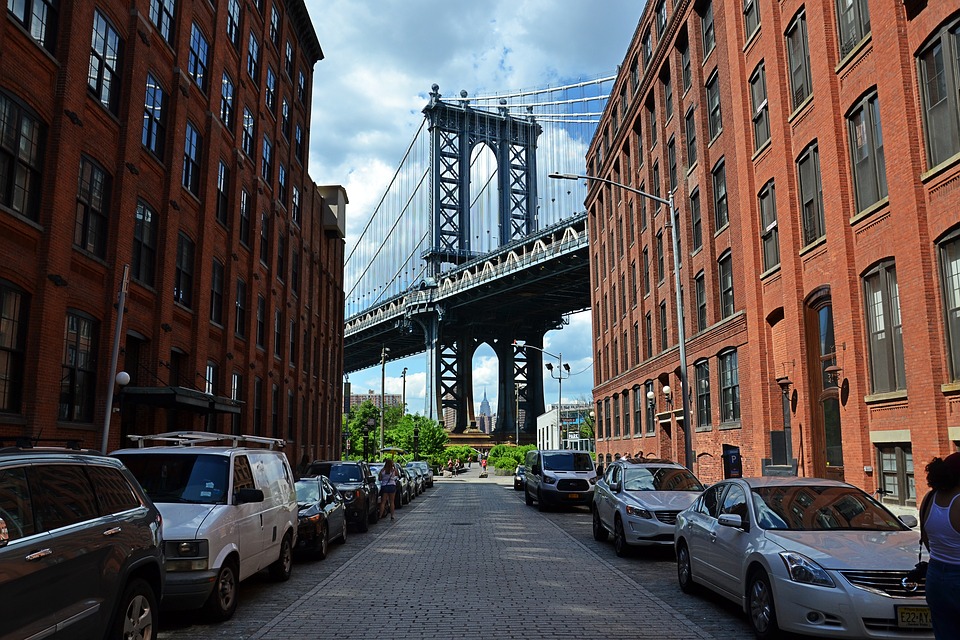 As Dumbo, a hip and rather expensive Brooklyn neighborhood, prepares to welcome a new wave of condos, rental buildings and offices, BARNES New York gives you a quick overview.
New York is used to reinventing its neighborhoods; but the changes already made over the past 5 years, and underway in Dumbo, have propelled the neighborhood into another dimension.

Indeed, when New York artists began to flock to post-industrial Brooklyn of the 1970s, they discovered many abandoned warehouses with sweeping views of Manhattan. Today, those same abandoned streets are full of start-ups, hotels, trendy restaurants and luxury boutiques, while the roofs of old factories have been converted into rooftops with swimming pools, bars and restaurants.

Since the opening of the Empires Stores in 2016 (a transformed warehouse that includes a large selection of restaurants as well as a shopping center), Dumbo’s popularity has exploded. Soho House, a chain of hotels with a worldwide presence and access to a private club reserved for its members only, has opened its latest project “Dumbo House” in the same Empire Stores building. Other world-famous establishments, such as the Cecconi’s or Sugarcane restaurants, have also opened their doors nearby. Just a few blocks away is 1 Hotel Brooklyn Bridge, a luxury eco-hotel that houses the upscale Osprey Restaurant. All of these recent commercial projects have made Dumbo an attractive area for residents and visitors. Mechanically, the developers have invested and continue to invest heavily in the neighborhood, building on the success of recent years.

Mixed complex made up of a rental property on the one hand, and condominiums on the other; the whole to total around 800 units, with splendid common areas spread over the entire program. Life Fitness has just signed a lease for the fitness offering. 1-BRs start just under $ 1 million; and the 3-BRs from $ 2.5M. Public sales have just started.

Red brick and glass facade, 10 Jay Street was delivered last year. Originally designed for condos, 10 Jay Street was converted into an office building during construction. Indeed, a strong demand for workspaces has emerged in recent years in Dumbo, especially by start-ups that are leaving the chaos of Manhattan for the tranquility of Dumbo.

Since opening 1 John Street in 2016, purchase and rental prices in Dumbo have skyrocketed. This 42-unit micro-project had sold all of its apartments as soon as it opened. Today, you can find a few rentals and units for sale (notably a 1,500 sqft. 2-BR for $ 3M).

The first structure to overlook Brooklyn Bridge Park, built in 2015, was very successful due to the combination of a hotel program (1 Hotel) and a range of condominiums. All of this obviously in direct contact with the East River.

And for a charming option, why not turn to these old paint factories turned into condominiums. Delivered in 2020, 168 Plymouth Street is a conversion of a now landmarked building; it offers forty options over five floors with very reasonable prices ($ 1,300 + / sqft.).

Dumbo is undoubtedly one of the most buoyant neighborhoods in Brooklyn today, and is even becoming one of the most desirable in New York City. Benefit from the excellent knowledge of BARNES New York, and all the more so to guide you in the constantly changing offer of New Developments. 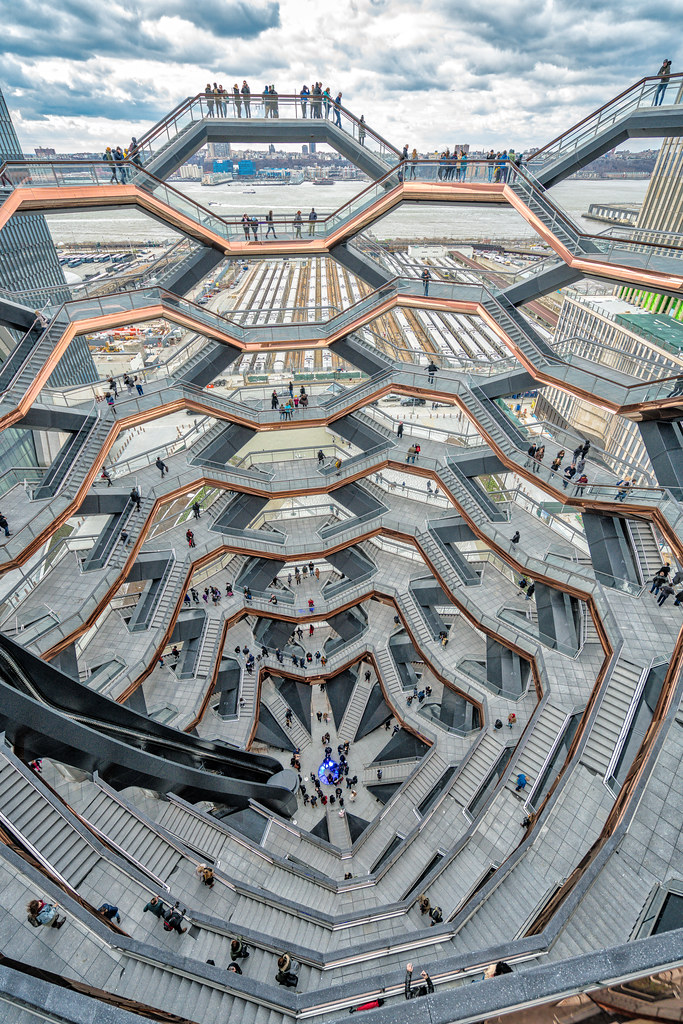 In 2005, Related and Oxford Property Group began construction work on the West Side of Manhattan. This led to the creation of Hudson Yards, the largest private real estate project in the United States (in terms of surface area). Located between 10th and 11th avenues, the first phase of this multi-billion dollar project finally opens its doors on March 15, 2019.

For several months, New York real estate has been the subject of debate. As we mentioned in our previous newsletter, Amazon was planning to open its second headquarters in New York; this would have created, among other benefits for the city, more than 25,000 jobs, in return for which 3 billion tax breaks would have been granted. In light of these recent events, some seem to forget that the city has also provided significant support to the Hudson Yards project, and has done so for over a decade …

Here is the detail of the project:

The Shops and Restaurants at Hudson Yards : 7 stories of shops, major brands an retailers and over 25 restaurants.

Edge : At over 300 meters, Edge will be the tallest outdoor observation deck in the Western Hemisphere, as well as the fifth tallest in the world. The opening date has still not been announced but reservations are already open for the first quarter of 2020.

15 Hudson Yards : The project’s first residential building, over 85 meters high, designed by Diller Scofidio + Renfro and the Rockwell group. More than half of the apartments have already been sold.

30 Hudson Yards : The tallest tower in the project, designed by architectural firm Kohn Pedersen Fox Associates. This tower will include the Edge Observation Deck.

35 Hudson Yards : Multipurpose Tower, designed by David Childs of Skidmore, Owings + Merrill. It contains 143 apartments, as well as an Equinox sports club. A luxury hotel will also open its doors there in the coming years.