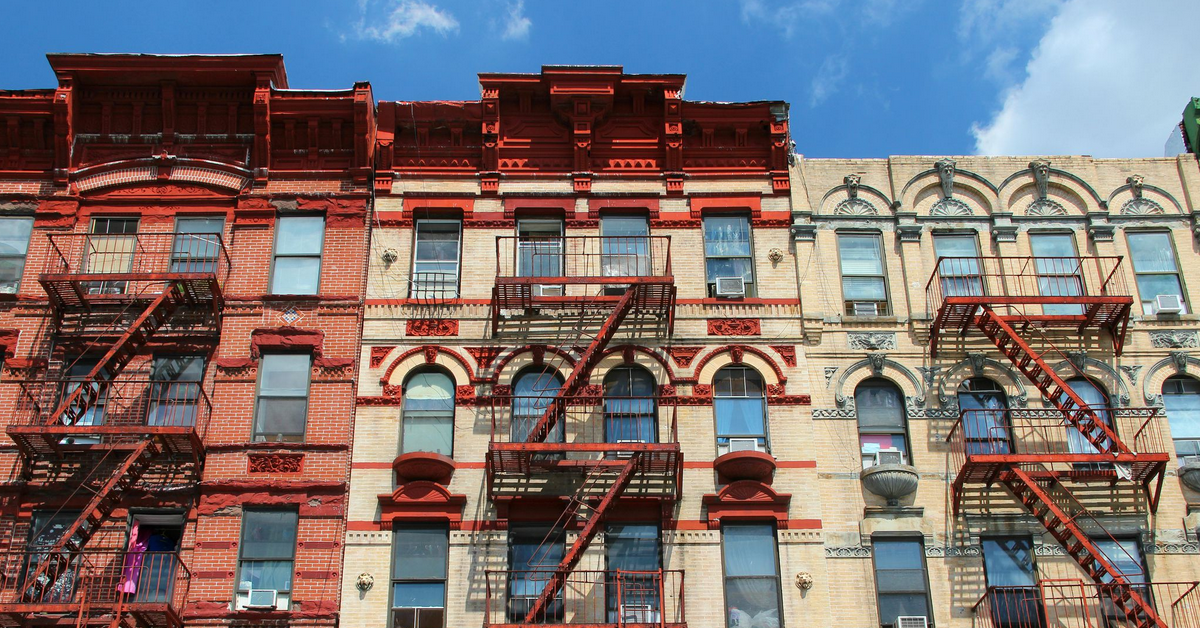 BARNES New York invites you in its series of articles untitled “ New York City Neighborhoods”, where you can regularly discover the different districts of the city, in the eyes of French speakers who have settled there. They tell us all about their neighborhood, in their words, their tastes, their habits. Today we explore the Lower East Side, the “LES”, with Ingrid Jean-Baptiste, co-founder of the Chelsea Film Festival, the 8th edition of which will take place from October 15 to 18, 2020.

Yesterday a neighborhood still seen as the dedicated place for immigrants, the poor, tramps and junkies. Today, a chic district, where we party, though perhaps a little less in this era of Covid pandemic. Time and history have shaped the face of the Lower East Side. In New York’s history, the Lower East Side is the “Gateway of America”. It is through this district that the immigrants would arrived the promised land. These narrow streets have seen every wave of migrants fleeing their countries. Moreover, the Tenement Museum, the district’s recognizable symbol, is a real dive into the lives of these families who put their last hope into heading to a new, unknown world. In this constantly evolving district, cultures overlap and mingle. The neighborhood’s heart beats between Allen in the West and Essex in the East, East Houston in the North and Canal in the South.

Le Petit Journal New York : You live in the Lower East Side neighborhood. What attracted you to this neighborhood?

Ingrid Jean-Baptiste : When I arrived in New York in 2010, I moved to Chelsea, which I really like. For the past few years, I have lived in the Lower East Side, which has a very special history. It is in this district that thousands of people immigrated to when they arrived from Europe at the end of the 19th century, beginning of the 20th century: Ireland, Germany, Greece, Russia, Slovakia, Romania Hungary … There is a real “neighborhood life”, like you can find in Paris or in other European cities, which is appreciable. I was quickly won over by the architecture and ” human-sized” buildings (laughs).

The LES, as it is called here, is very pleasant on weekdays, as there is very little traffic. There are many art galleries, unusual restaurants. It is still one of the only neighborhoods in Manhattan which has remained authentic, with very few large retailers, which is becoming increasingly rare in New York. What makes it alive is the intermingling of cultures, which is much more present in South Manhattan than in the rest of the city.

What the community like on the Lower East Side?

The population of LES is made up of different Chinese, Puerto Rican, Dominican, Jewish, Italian origins, due to the many waves of immigration, which makes the area very nice. The district has become, over the years, very trendy, with its art galleries, small shops, restaurants and bars.

Your favorite places, and good places to go?

Is this a neighborhood that you would recommend for those who want to buy or rent a place?

If you had to describe the Lower East Side in 3 words?

In the second quarter of 2020, the effects of Covid-19 were felt strongly in this neighborhood, since the number of transactions fell by more than 65% to around thirty. The indicators should therefore be taken with great caution. The latter still indicate a median price of $ 1,728 / sqft (-11% over one year), a median transaction price of $ 1M (-20%), slightly above the median price for the entire Manhattan ( $ 989k, or -25%).