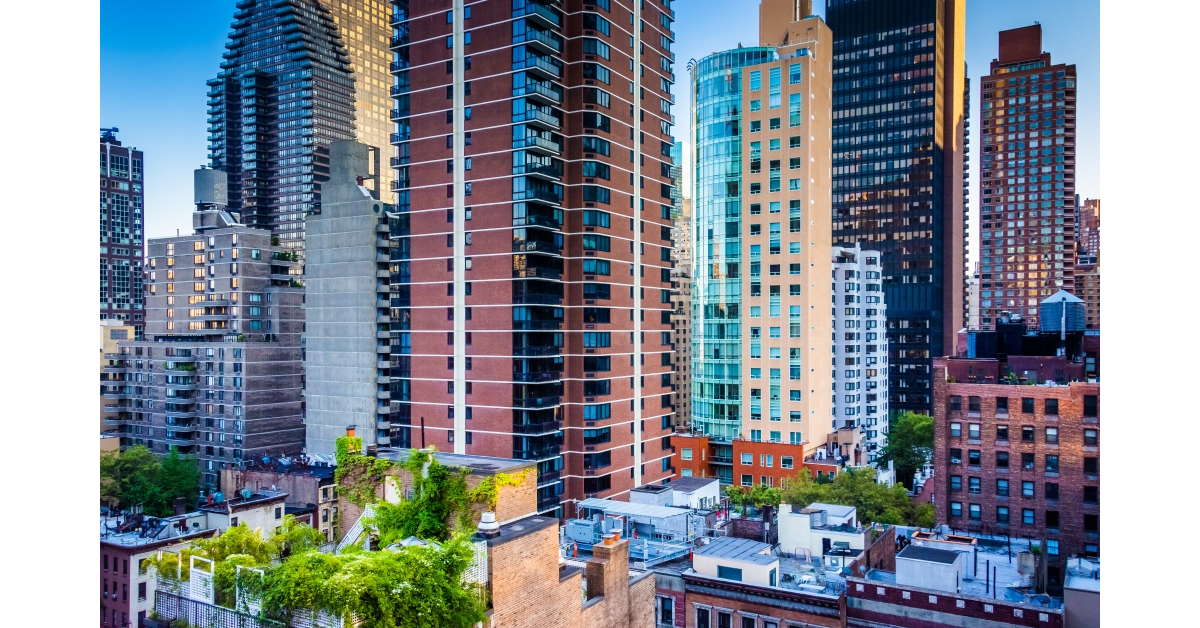 BARNES New York invites you in its series of articles untitled “New York City Neighborhoods”, where you can regularly discover the different districts of the city, in the eyes of French speakers who have settled there. They tell us all about their neighborhood, in their words, their tastes, their habits. Today we explore Turtle Bay — a district located in Midtown East, with Lidia Del Pozo, Senior Business Development Officer, VP at Bank of the West BNP Paribas Wealth Management. She tells us about the neighborhood she has lived in for over a year with her family.

Lepetitjournal.com New York : You live in Turtle Bay. What attracted you to this neighborhood?

The reason I decided to live here is not for the neighborhood itself, but especially for its location in Manhattan. Before moving to New York with my husband and daughter, we took just five days to decide on the neighborhood and apartment we would live in. The Turtle Bay neighborhood stood out for us because of its central location in the city. We thought that it would be the best way to be close to all the city’s points of interest. The other reason, which confirmed our choice, was the proximity of my workplace. Indeed, I work for BNP Paribas Wealth Management which is also located in Midtown, and therefore a few blocks away from home.

I would say that this neighborhood doesn’t have just one identity. I would be unable to say if this is a residential area only or an office district or an embassy district. Turtle Bay is a bit of everything at the same time: there is simultaneously a neighborhood life, with its small local shops, its small bars and restaurants, nurseries, playgrounds, but also an office district, therefore very lively Monday to Friday, with a lot of people in the streets very early in the morning and during lunch breaks. And in this mixed landscape sits the headquarters of the United Nations and a few embassies that revolve around this majestic building, the most beautiful in the city, in my opinion. Obviously, when General Assemblies take place, the district takes on a new face. The district is then under very strict protection and becomes a little locked down and paralyzed. These few days are not very pleasant but not unlivable either. The organization is quite impressive!

And it’s exciting! That’s what makes this district extremely lively and international.

You live near the United Nations Headquarters, where French is one of the official working languages. Do we hear Molière’s language a lot in the streets of Turtle Bay?

Yes, indeed, French is a language that’s heard very regularly on the sidewalks, between two colleagues who go to their office at the United Nations, who we can easily identify in the street because they very often wear their access badge to the building around their neck; or the families I meet when I go to the playground with my daughter, for example. There are a lot of francophones in Turtle Bay. To give a fairly representative example, at the nursery my daughter attends, in her class, out of 10 students, 4 come from French-speaking families! Being able to speak French is of course very practical, especially at first, and always a good way to create new relationships very quickly, although it makes me practice my English less.

Your favorite places in Turtle Bay?

One of my favorite places in my neighborhood is probably the Grand Central Market, which is located on the grounds of Grand Central Station itself. It is a single alley where we find a succession of small stands who offer fresh and good quality products. Despite the fact that it is indoor, the atmosphere is close to that of a traditional market and the merchants are very nice. What I love most about this neighborhood is the fact that it is right on the East River. I am lucky to have a nice river view from my apartment and to be able to witness some really beautiful sunrises. Simple walks along the river are very pleasant and a bit of a change of scenery from the urban, city life.

Is this a neighborhood that you recommend for those who want to buy or rent?

I am not an expert in the real estate market, however what I can say intuitively when it comes to renting, yes it is a neighborhood that I recommend, because it is good to live and as I already have mentioned, it is ideally located in Manhattan to discover the city. Among the other reasons, the proximity to the river, the security and safety brought by the presence of the United Nations headquarters and finally, the very cosmopolitan aspect of the neighborhood. Regarding the purchase of a property, I would evoke the same motivations with the addition of the fact that it is a neighborhood quite popular with expats working at the United Nations, therefore with a certain demand on the market.

If you had to describe Turtle Bay in three words?

If I had to describe Turtle Bay in three words, I would say that it is lively district, a very cosmopolitan district and therefore conducive to meetings and a multi-faceted district where personal and professional lives mingle.

At the end of Q4 2020, across Turtle Bay as a whole, the median asking asking price of sellers stood at $ 950k (when the Manhattan average is $ 1M) showing a significant increase in the order of 20% over one year with $ 1,207 / square foot and around sixty transactions over the quarter.