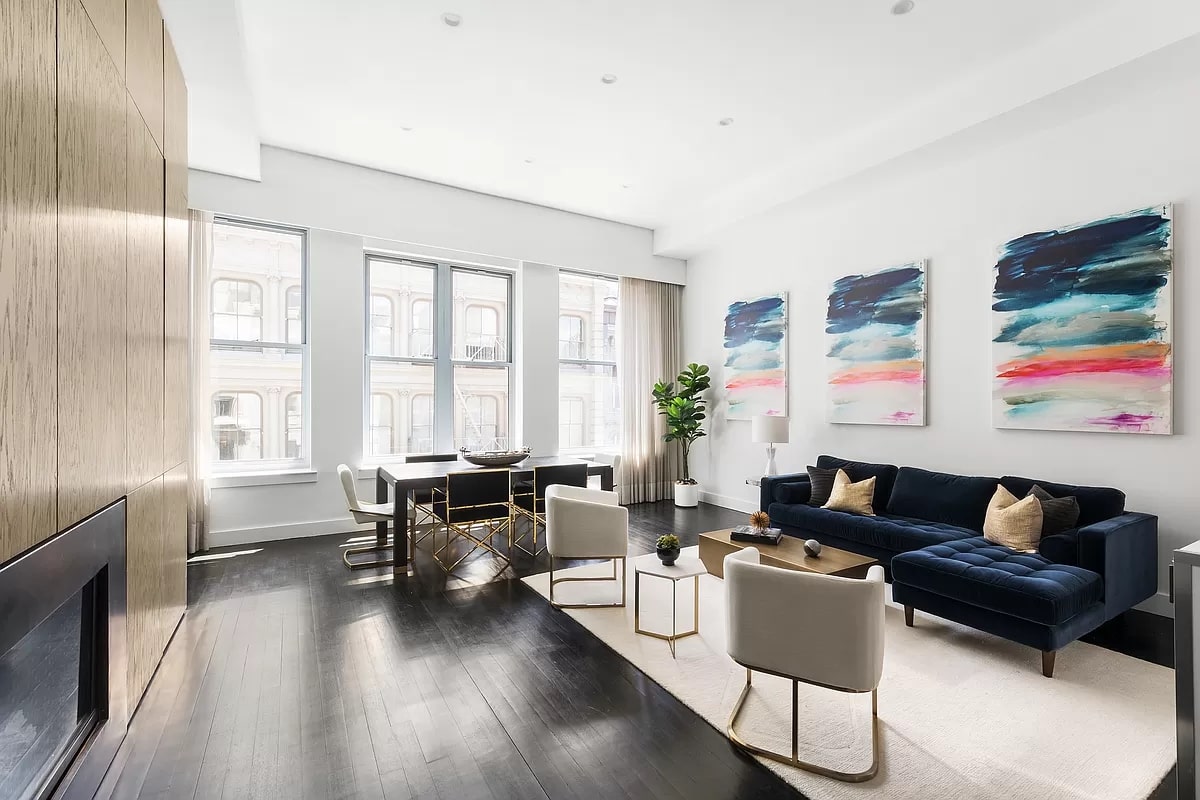 Despite the recent uptick in Delta variant COVID cases in the New York metro area, New York City is essentially open for business. Most Broadway theaters are reopening in September, restaurants and bars are now allowing vaccinated patrons to dine indoors and the residential real estate market is back in full swing.

New developments are soaring—from Hudson Yards to Penn Station to Roosevelt Island—and both the sales and rental markets in Manhattan are experiencing an influx of young professionals, as well as empty nesters, who are ready to call the Big Apple their home.

Over the past year, Brian Tormey of TitleVest in Midtown Manhattan has had his hands on the pulse of the residential real estate market, hosting a series of “Be Your Best” webinars on “Getting the Deal Done”, sponsored by the Hudson Gateway Association of Realtors and OneKey MLS, throughout the length of the pandemic. Awarded the “Best Title Agency” by the New York Law Journal reader rankings since 2013, TitleVest and Tormey have been at the forefront of a topsy-turvey real estate market since March of 2020.

“I’ve been impressed with the resilience I’ve seen from real estate professionals throughout the New York area,” said Tormey. “The pandemic has proven again one of the strengths of our region—we know how to take care of one another.”

On September 9, Tormey will host another one of his popular webinars, this time with the topic of “The New Manhattan.” Tormey and a panel of real estate experts will discuss how the once seemingly abandoned “city that never sleeps” is making its official comeback from a harrowing year with streets teeming with moving vans barreling toward the suburbs.

Now, new civic and private developments seem to be fueling a newfound interest in New York City, and Manhattan, especially. “To quote a good friend and past panelist, Bruce Cohen, ‘for every sale, there is a purchase.’ Now we’re starting to see time on market shorten and prices rising—both indicators of a strengthening market,” said Tormey.

As a result of increased seller concessions, low interest rates and available inventory during the height of the pandemic, Tormey and his team began to see an interest from buyers who may not have ordinarily been able to afford Manhattan. “People from all walks of life have taken advantage of that to shift from renting to owning, upsizing, downsizing or, for the first time, snagging their own slice of the Manhattan pie,” he noted. “I believe that we will see a vibrant Manhattan again, and soon, but it may look and feel a bit different than before, with adjusted work schedules, new commuting patterns and a renewed appreciation of alfresco living.”

Brian Phillips of Douglas Elliman Real Estate in the Bronx agrees that New York City real estate is back. “I’m definitely seeing people moving back in and I’ve noticed a lot of younger people—especially those without children,” he said. “While the post-pandemic prices are lower, I think they’re going to start slowly creeping back up.”

Phillips, who lists and sells throughout the five boroughs, noted that studios and one-bedrooms are being snatched up very quickly. “I’m also finding that there’s a lot less loyalty to specific neighborhoods—people are looking in Manhattan, Brooklyn, Queens or wherever they can find good deals,” he added.

Some of his clients are traveling from as far away as Florida, while others tend to be from Westchester, Long Island, New Jersey and Connecticut. “People still want to be in New York City—offices are reopening, Broadway is coming back, and restaurants and bars are opening again. There’s definitely a new influx into the city.”

Currently, in upper Manhattan, one-bedroom co-ops are starting at about $300,000 for a walk-up building, where an elevator or doorman building starts at about $400,000. Two bedrooms are much higher, averaging $500,000. “The further north you go, the less expensive it gets, and the more space you have,” added Phillips.

A lot of his clients are also requesting terrace space, as well as a washer and dryer located in the unit. “After COVID, I think everyone is more concerned about having their own personal laundry appliances rather than using a public laundry room in the building,” he said.

As for rentals, Phillips sees landlord concessions starting to fade away. “During the pandemic, a lot of landlords had been offering one month free on a one-year lease and two months free on two-year leases,” he explained. “Also, we’re starting to see the real estate fees being paid by the tenant again, as opposed to the landlord paying them.”

Because of Phillips’ diversified listings, he didn’t experience a downturn during the pandemic. He found properties under $500,000 were moving in all five boroughs. “Since last year, transactions are faster now as well,” he noted. “There are electronic signatures and other forms of technology that make the deals go much quicker and smoother.”

Magdalena Ferenc of Corcoran on Manhattan’s West Side has seen a huge jump in sales and rentals this summer. Handling rentals in 10 buildings in Morningside Heights, she credits returning Columbia University students with helping her business soar. “July has been the craziest month of my real estate career,” she revealed. “I rented over 50 apartments and it felt like I was working day and night due to the time differences in other countries.”

Many of her rental clients are returning college students from India and China, who often share larger apartments to keep the costs affordable. Ferenc expects to rent at least 200 apartments by the end of the year. “I’m basically playing catch up from 2020, when things were a lot slower,” she added.

Like Phillips, Ferenc has also experienced the trend of landlords now cutting back on incentives. In the Morningside Heights area, two-bedroom rentals can typically start at $2,200, while three bedrooms can fetch $2,700 or more and four-bedrooms, $3,000 and up.

On the sales side, she’s also witnessing a sort of Renaissance in Inwood and the Bronx with Origin North, a collection of nine restored affordable co-op buildings. All of the renovated units have new kitchens, bathrooms, flooring, electrical work, and the buildings also offer new lobbies and outdoor landscaping.

“People are starting to discover upper Manhattan or Bronx neighborhoods like Bedford Park, Norwood and University Heights,” she said. “They’re getting priced out of other areas and are beginning to realize the value of home ownership in good areas with generous space and easy commutes to Midtown Manhattan. One-bedroom units at some Origin North locations start at just $265,000.

Ferenc said the response has been great and she has completed almost 20 deals already. “When I’d hold open houses in these areas before, it was only curious neighbors who often showed up,” she said. “Now, it’s very encouraging to see a lot of people who are interested.”

Yann Rousseau, of BARNES New York in Midtown Manhattan, found that higher end rentals were hit the hardest during COVID times. “Business did start to pick up at the beginning of 2021 and right now, we’re starting to see rental prices that we haven’t seen in a couple of years,” he said.

For Rousseau’s team, the Financial District and Midtown were the most affected for sales and rentals, while Soho, Greenwich Village and parts of Brooklyn remained strong. In 2020, some landlords were offering up to four months free, but now, he said, there are hardly any concessions.

In Midtown, and Manhattan’s upper east and west sides, studio rentals can range from $2,000 to $4,000 per month, while one-bedrooms can demand monthly rentals of $3,000 to $5,000, depending on the neighborhoods and age of the buildings. The average starting sales price of a studio in these areas is $500,000.

“I think the market for rentals will always be there because New York City can be transient,” explained Rousseau. “People may come here for a while to work, then move to the suburbs when they’re ready to start a family.”

Many of his co-op and condo sales are to foreign investors who are looking for a home base when they travel to the U.S. Others are purchasing properties to rent out. Rousseau is also seeing an influx of young professionals as well as some empty nesters who want a secondary home in Manhattan. “New York will always be New York, so to say that the real estate market is finally coming back is a little overstated,” he said.

BARNES New York is also opening its first Westchester office in Larchmont to deal with its European clients seeking a second residence in the suburbs. “The French American School in Mamaroneck is a big attraction, along with proximity to New York City, added Rousseau. BARNES International Real Estate operates a third U.S. location in Miami and offers more than 100 locations in 20 countries worldwide, with more than 1,000 agents.

Read the article on REAL ESTATE IN DEPTH