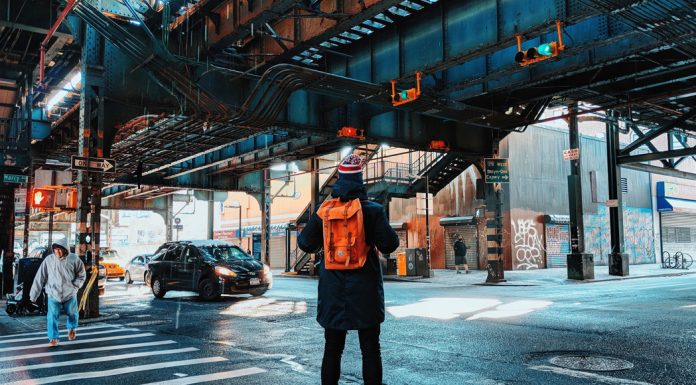 Whether you are new to New York or a longtime resident, searching for the best neighborhood to live in in Brooklyn is both an exciting and demanding exercise. With a more relaxed pace of life than Manhattan, thanks to its many parks, greater security, and a general feeling of calm, Brooklyn is very popular with expats, families, but also young professionals for its trendy side. With the growing attractiveness of this “borough”, many micro-neighborhoods have developed there. Here is a short guide to some of them, favorites of the French in Brooklyn, according to BARNES – Luxury Real Estate Agency for more than 10 years. This will help you find the neighborhood that suits you best.

These Brooklyn neighborhoods are very attractive to young professionals thanks to their diversity, dynamism and accessibility. They include a large number of bars, restaurants, museums and art galleries. 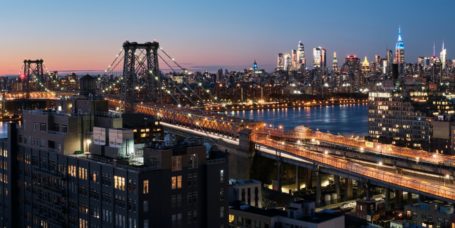 It is undoubtedly the Brooklyn neighborhood that has experienced the most upheaval in the past 15 years. Williamsburg is Brooklyn’s pioneer neighborhood, showing its living potential and real estate value.

Connected to Manhattan by the L Line (which ultimately won’t close after years of doubt), the first stop after the East River is in the heart of Williamsburg. The neighborhood is thus ideally placed and offers a remarkable compromise: comfort, luxury and proximity to Manhattan, while remaining in the relaxed atmosphere of Brooklyn. It is easy to travel between the two boroughs, whether by metro, ferry, or bicycle. Williamsburg has a rich cultural and artistic heritage with upscale restaurants and art galleries.

The popularity of the neighborhood has necessarily been accompanied by a rise in prices. Today it is one of the most expensive neighborhoods in New York City. However, the work in progress on the L line, which could complicate journeys a bit, has tempered this increase for a time. Yann Rousseau, deputy director of Barnes New York indicates that “the announcement of the shutdown of Line L in 2015 caused a drop in real estate prices, both residential and commercial, and many businesses have closed their doors. When two months before the closure scheduled for April 2019, the Governor gave up this measure so devastating for the neighborhood, real estate immediately changed its trend and it is now again attractive to invest ”. 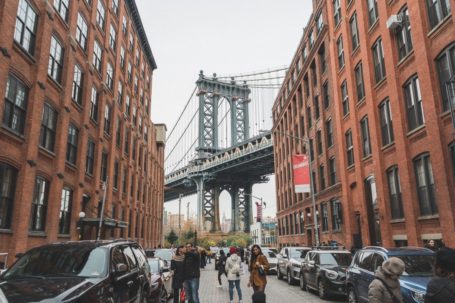 Dumbo, acronym for “Down Under the Manhattan Bridge Overpass”, has been very popular for years both for its proximity to Manhattan and for the views of its skyscrapers. Now one of the most desirable neighborhoods, Dumbo has welcomed New Yorkers who abandoned their apartments in SoHo and Tribeca for lofts, cobblestone streets, and some quiet. Very trendy district with upscale restaurants, it invites young workers and families. Many French parents have made their home in Dumbo, among others for its nursery school (The Language and Laughter Studio) which offers lessons in French. The neighborhood is also very pleasant for children thanks to the many green spaces and other attractions.

The most “family-friendly” neighborhoods

Greenery, parks, attractions, good schools… These criteria are very important for French families (and others) in New York. You don’t have to choose between a great family life or the buzz of New York City because today it is possible to have the best of both worlds in these Brooklyn neighborhoods!

A lively neighborhood with a wide choice of shops, restaurants and bars, Carroll Gardens offers a particularly French flavor to Brooklyn. It is also a district rich in history, which retains its brownstone style with brown stone townhouses, authentic European pastry shops, as well as numerous parks and green spaces. These qualities make the neighborhood an ideal place to raise children, in particular thanks to its multiple teaching options in French: the private bilingual  International School of Brooklyn  and the public school PS58 The Carroll School which offers a French bilingual program. English. If you are looking for a private garden, this is the area of ​​choice, with its offer of brownstones, buildings often divided into luxury apartments but sometimes kept as detached houses. Moreover, “the French are largely responsible for the increase in the prices of goods located in the area of ​​the PS58 school”, confides Christophe Bourreau, director of Barnes New York.

“Park Slope is a neighborhood highly coveted by families for a multitude of reasons,” says Christophe Bourreau. “The schools there are excellent, there is real diversity, family friendliness, quality parks… The district is also known for its culture and vitality”.

Indeed, many families are leaving Manhattan for the more pleasant life of Park Slope. It is famous for its pretty 19th and 20th century brown brick houses but also for its few modern buildings. “Townhouses”, “condos” and “co-ops” in well-preserved buildings characterize the neighborhood well. There is something for every taste ! Although the supply is limited and the demand for “townhouses” is high, there are many styles and prices to choose from for real estate in Park Slope.

This quiet and peaceful neighborhood in central Brooklyn owes its historic charm to its architecture and key location. It is the most exclusive area of the “borough”, enjoying a central position (close to Downtown Brooklyn), serene and residential streets, yet adjacent to the dynamic and well-connected main streets. Brooklyn Heights has been attracting new buyers for years, mainly young professionals and young couples looking to be close to good schools, to live in a residential environment, or simply to invest in more spacious accommodation… It also remains a value safe haven investment in the long term, due to limited inventory and strong demand.

Neighborhoods to watch closely for investment

As Brooklyn’s popularity continues to rise, other neighborhoods are emerging and developing. Watch it today as long as the prices are affordable …

At the northern tip of Brooklyn, above Williamsburg, is the charming neighborhood of Greenpoint. Once a bastion of the Polish community, it has retained its industrial aspect of the end of the 19th century, when factories, glassworks and construction sites were active. Greenpoint has taken advantage of these large spaces by modernizing them. Factories and other warehouses are stylishly transformed into modern and luxurious apartments that prompt celebrities such as Sarah Jessica Parker or Paul Giamatti to move in. The area’s real estate is very attractive at the moment as prices have not yet peaked in more central areas, and are notably much lower there than in Williamsburg. Indeed, Christophe Bourreau confirms that “real estate in Greenpoint has for years been watched by many investors because the gentrification process has already started”.

In addition, another public school with instruction in French is located there, PS110, The Monitor School. The bohemian yet refined atmosphere, art galleries, trendy bars and restaurants make Greenpoint a great option. “Its proximity to Long Island City (LIC), Williamsburg and Manhattan make it an area with great potential. Amazon’s announcement to move to Long Island City immediately resulted in Greenpoint’s prices rising. Amazon has changed its mind, but it won’t be long before other companies create similar moves, ”predicts Christophe Bourreau.

Bedford-Stuyvesant, a district in vogue today, owes its evolution to the beauty of its alleys and its “brownstown” houses. Although the price of real estate there has already risen significantly in recent years, buying and renting in Bed-Stuy is still cheaper than in Manhattan or Dumbo. This pleasant district of Brooklyn charms its visitors with its houses with gardens or its buildings not exceeding three floors. New York City has designated Bed-Stuy as a Historic District, protecting over 800 buildings! Living in Bed-Stuy therefore means that you will be able to enjoy these views every day …

An emerging neighborhood ideal for active city dwellers looking for a more lively, evolving, and relatively inexpensive neighborhood. One of the few neighborhoods still in transition, Bushwick is a source of inspiration for artists and writers. The neighborhood remained the same until the mid-1990s, when it has since become a hub for new entrepreneurs and startups. The neighborhood began to gain notoriety when artists and designers seized local real estate opportunities to create trendy lofts and studios. The streets of Bushwick are a veritable open-air museum dedicated to street art: it is one of the few places in the United States where crowds come to contemplate the walls! In addition, the parks add a lot of recreational value to Bushwick.

“People looking for the ‘real’ Brooklyn usually find what they are looking for in Bushwick,” says Feryel Cherait of the house Barnes.