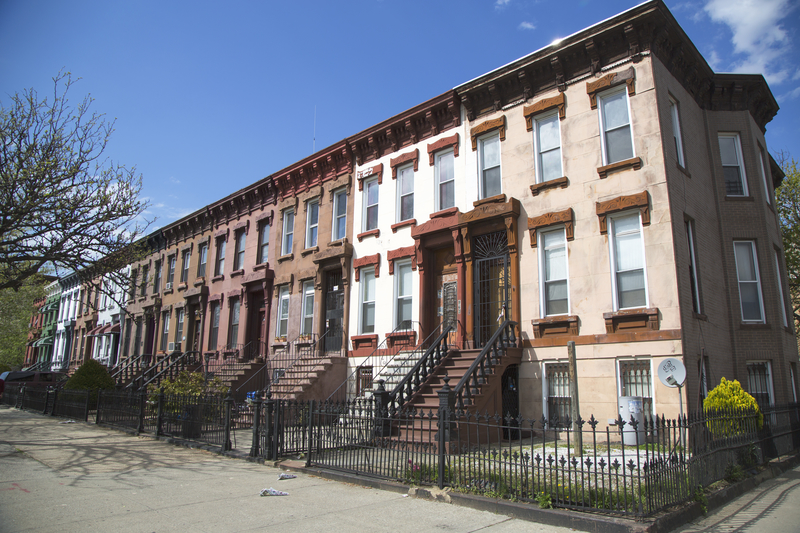 Bed-Stuy, it only takes these two hyphenated syllables to throw you into a state of wonder. Is it the latest trendy New York band or a new ready-to-wear line? No, it’s actually one of the most popular neighborhoods in the Brooklyn borough: Bedford-Stuyvesant.

A little bit of history

In 1964, New York was officially named by the English. However, that was only after the governor Peter Stuyvesant surrendered the capital of New Amsterdam, known as New Amsterdam, which occupied the great New York City we know and love today. In any case, this Brooklyn neighborhood pays homage to its Dutch roots.

A character all its own

Bed-Stuy, for short, is the perfect example of gentrification in New York City. Its ultra-chic neighbor, Williamsburg, certainly has something to do with it. A neighborhood once described as difficult, today Bed-Stuy’s popularity is shooting through the roof, especially on the west side. The neighborhood has caught the attention of real estate investors, the usual seers of real estate market trends. Buyers who are looking for the next big deal have (smartly) followed. Residents, who have lived in the neighborhood for years, are very active in the community, spearheading strides of development to improve their quality of life. Restaurants and bars across the neighborhood are under renovation. New fine grocery stores, shops, and cafes are popping up on the streets. As a result of all this interest, Bedford-Stuyvesant and its real estate market are booming.

A neighborhood rising with the tide

Located to the west, the quiet – or “bourgeois” – part of the neighborhood is becoming quite popular. Its streets are lined with admirable trees and red-sandstone buildings aligned and fronted with romantic stone staircases.

When it comes to shopping, Fulton Street is the place to go. Even Manhattanites jump boroughs to scour shops to find rare gems. The bridge suspended over this street is a hotspot for lovers of beautiful photographs. To find unique shops, head to Lewis Avenue or Malcolm X Boulevard. There you’ll find independent bookstores, cafes, bakeries, and even a small market selling products from local producers.

Living in Bed-Stuy is a very good idea. Real estate prices for buying or renting are still reasonable, attracting a population of young families and students. With large spaces, lively public parks and gardens, and great transportation, the neighborhood is one that moves. Several subway lines allow easy access to Manhattan – a service worth gold for daily commutes into the city

It’s no secret. Life happens fast in New York City, and Bedford-Stuyvesant is no exception. As the neighborhood embarks on a beautiful new chapter and the real estate market settles into an upward groove, it’s safe to say that real estate in New York City is taking off on the other side of the East River.