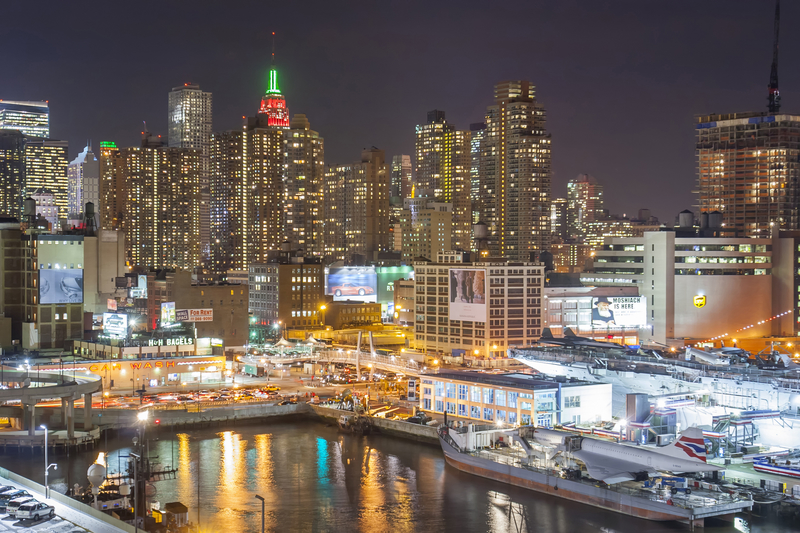 Convivial, culturally bubbling, full of history and authenticity, this neighborhood embodies the very essence of New York. Hell’s Kitchen has such a unique atmosphere that you absolutely need to be shared.

A nice neighborhood where life is good

A long time ago (80’s), going for a walk to Hell’s Kitchen was a guarantee to be lost in this sort of Wild Wild West, a risky adventure. But that was before. Now, wandering the pretty shaded streets of this safe neighborhood is a real pleasure and Hell’s Kitchen is a great place to raise children. Moreover, we have some more good news, the neighborhood has public primary schools of very good quality. And it doesn’t end there; this district, also called Clinton, is a great place for shopping; packed with major brands, vintage shops, small shops and even flea markets, you’ll be spoiled with choice. Even though it’s perfect for a family life, Hell’s Kitchen is also very popular with young active people who like to relax in the evening because the district offers an incredible variety of restaurants (and all budgets), bars and rooftops.

The neighborhood has experienced rapid gentrification in recent years. New buildings are under construction and old ones are being converted into high-end residences. The development of Hudson Yards and the High Line just to the south and the addition of the Time Warner Center to its northeastern border have spurred growth. Prices have risen but remain generally lower than those of surrounding neighborhoods.

It remains rather difficult (but not impossible, especially with an expert BARNES at your side) to find bargains because apartments in older buildings are often renovated to benefit from higher rents.

Although many of the cross streets have low buildings due to height restrictions, the 42nd and 57th Streets have a series of towers, including one that rises to 605 West 42nd Street and has more than 1,100 rental units. pyramid-like building on 57th Street West, between the 11th and 12th Avenues which has 709 rental units. In addition, the recent conversion of a New York Telephone Company building from 1930 to a Stella Tower luxury condo. Its largest penthouse is worth nearly $14 million.

If you want to be more reasonable, that’s about what to expect when you want to live in Hell’s Kitchen: The first prices for studios are about 300,000 dollars, the one-bedroom apartments at 450,000 dollars and the apartments from two bedrooms / two bathrooms to about a million dollars. For rentals, start at $1,800 per month for a studio, $2,000 for a room and $ 2,400 for two bedrooms and a bathroom.