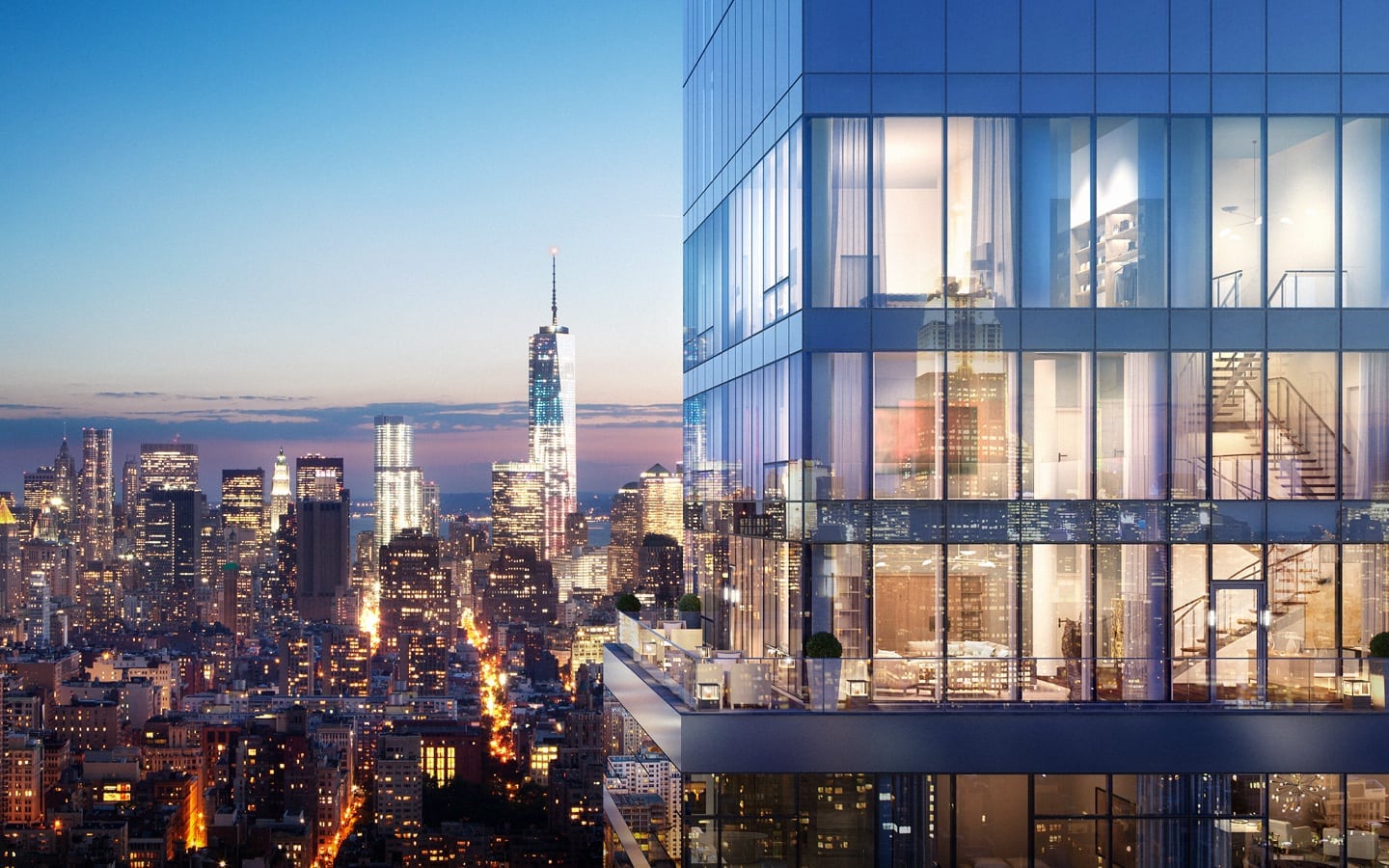 With its corrugated glass façade, 252 East 57th Street was one of the first new developments aimed at redesigning North Midtown East when it was launched in early 2014. But after a long period of slow sales (about half of the condominiums, or 95 units, remained unsold), developers have decided that it’s imperative to take new incentives. In addition to a price cut last year, some developers are now offering brokers a 4% commission, of which 1% is paid as soon as the contract is signed. Developers are trying their best to distinguish themselves in order to attract more and more potential buyers.

In recent months, prices of high-end condos have declined to record lows. However, lower prices are not the only way to attract buyers. They can ask that the seller be responsible for the transfer tax (this fee is 2% of the selling price). In efforts to avoid the public display of low prices, they offer other benefits as compensation. In regards to buildings with a large number of vacant units, it is necessary to be resourceful.

Since developers are now under significant pressure, construction loans are substantial and creditors are anxious about not being reimbursed. Banks are even starting to inquire about the rental rates of larger units.

Today, it’s becoming increasingly difficult to sell new condos that were evaluated in 2014 and 2015 at very high prices, almost 2 years before they were realized. In addition, many of them arrived on the market over the same time period.

In recent months, the downtrend in sales has frightened a number of developers, including CL investment, which ended the renovation of a $300 million luxury condo at 287 Park Avenue South last fall. In February, the Chinese investment company also sold 32.9% of its shares to Coda, the Magnum Real Estate group specializing in rental-to-condo conversions at 385 First Avenue. Kuafu Properties put an end to its development at 161 East 60th Street, a $ 300 million site now controlled by Denis Shan, the former director of Kuafu. In addition, JDS Development Group and Property Markets Group suspended their sales at 111 West 57th Street last year.

Even if certain offers are not very attractive for developers, most of them are no longer able to refuse a deal. Today, buyers are trying to make developers pay the closing costs (transaction fees), transfer taxes, and mansion taxes.

Each developer has its own method. One of them recently decided to offer fees for an entire neighborhood. However, it is much more common to adopt a “building by building” or “unit by unit” sales approach.

Most buyers today are trying to save every dollar where they can. Even (and especially) those interested in property worth more than $10 million, and ask for conditions during discussions. Reasonably priced properties in the best locations are sold immediately without the need for such flexibility. In general, a competitive atmosphere offers the most advantages to buyers.

The price and expense sharing is not the only topic of negotiation. In some cases, you can request customized modifications. Like a car, for example: The developers of a house at 357 West 17th Street asking for $36.8 million, are including a Bentley worth least $200,000.

“Offering a higher commission does not necessarily sell an apartment, but attracts the attention of brokers,” according to the president of a development company. Everyone knows that there are many real estate goods available in Midtown, so it is essential to differentiate.

However, in some cases, the only way to sell is to reduce prices.

“Developers are not only offering to cover closing costs, but they are crossing the final barrier: prices,” said a New York broker. “The drop in prices affects not only the people who bought in the building and are trying to sell but also the neighboring properties.”

When the luxury market adjusts its prices to cope, amounts drop to dizzying lows … For example, this triplex penthouse at 12 East 13th Street which initially asked for $30 million is now available for sale for only $16 million!