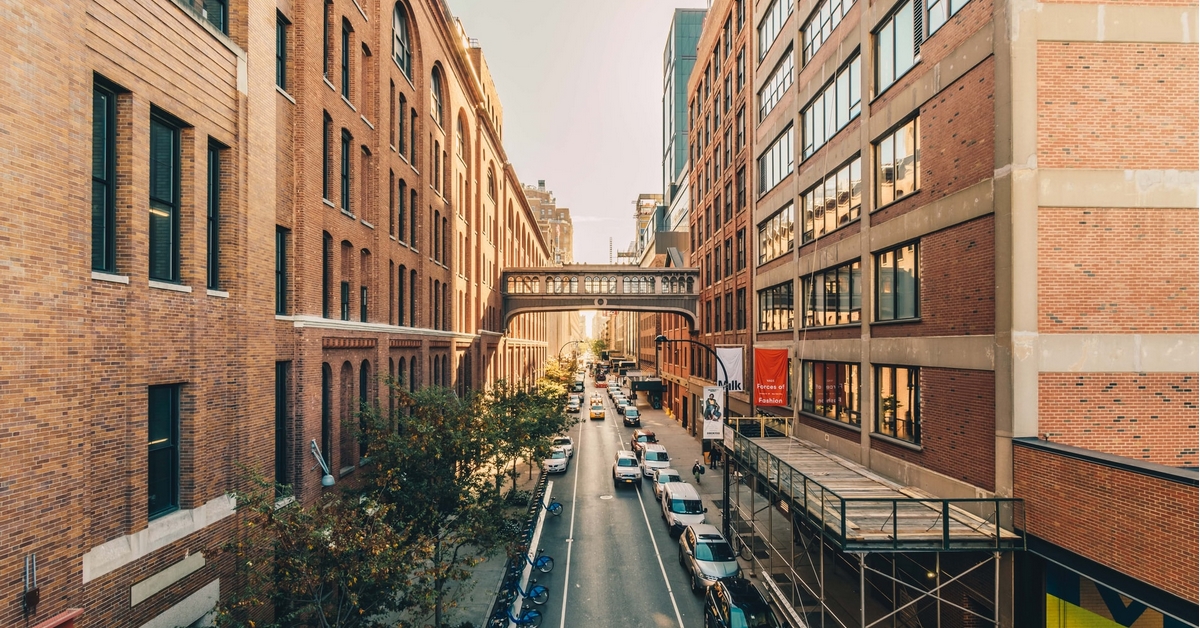 It stretches from 14th Street to 34th Street and 6th Avenue to the Hudson River. The Chelsea district has just entered the Timeout ranking of “49 coolest districts in the world”. This district of the West Side of Manhattan is known for its many restaurants, its famous sites, including the High Line, but also its art galleries. Between the inauguration of The Little Island this year and the opening of the exhibition ‘Jean-Michel Basquiat: King Pleasure’, next spring, immersed in the Chelsea district, one of the most “gay-friendly” in Manhattan, but a neighborhood that also has a bit of a French touch of some sort…

Chelsea among the coolest neighborhoods in the world

From “speak easy” to flea markets, restaurants, gay bars to green buildings, the Chelsea district caters to all tastes. Chelsea is a happy marriage of industrial style and contemporary construction, with one watchword: strolling. Trendy restaurants, cafes, small shops and openness to water and nature, if Chelsea made its entry into the Timout ranking, there’s a good reason.

Chelsea is one of the oldest neighborhoods in New York to have retained its original name. In 1750, an English entrepreneur named Thomas Clarke bought a “ten square block” piece of land near the Hudson River and named the estate “Chelsea” after a soldier’s house near London. Over the years, developers have built the heart of Chelsea between 14th and 23rd Streets West of Eighth Avenue and have designed the neighborhood with the boundaries we know today. Among the monuments, both literally and figuratively, of the Chelsea district, the famous Chelsea Hotel, Madison Square Garden, the High Line, Chelsea Market, The Little Island… But not only! Chelsea is a neighborhood that has its secrets.

The Grand Lodge of New York is the largest and oldest independent organization of Freemasons in New York. Founded on December 15, 1782, the Grand Lodge has jurisdiction over approximately 60,000 Freemasons. The historic 23rd Street and 6th Avenue structure has hosted various blood drives and charity events, as well as New York’s Masonic Security Identification Program.

Another of Chelsea’s secret, the atomic bomb … Although much of the research on the project took place at Columbia University, Chelsea also played a small but important role in the development of the atomic bomb. On West 20th Street, three buildings once made up the Baker and Williams warehouses, which housed thousands of tonnes of uranium. In the late 1980s and early 1990s, the federal government cleaned buildings of residual uranium, disposing of over a dozen barrels of radioactive waste.

Another, sweeter secret… The building that now houses Chelsea Market was once the headquarters of the National Biscuit Company, or Nabisco. The factory officially opened in 1890 when eight bakeries came together to create a “super bakery” and continued to expand until 1958 when the company left Manhattan. In 1912, Nabisco invented his undoubtedly most famous product in Chelsea: the Oreo cookie. Chief food scientist Sam Porcello created the recipe, which has remained largely unchanged over a century later. The company also produced classic products such as Saltines, Vanilla Wafers, Fig Newtons, and Barnum’s Animal Crackers. Many remains of the original Nabisco factory are still there. Entering Chelsea Market from 9th Avenue between 15th and 16th Streets, the Nabisco plaque dating from 1898 still triumphs.

A bit of France in Chelsea

While many may think The High Line‘s concept of turning old train tracks into a park was started in Chelsea, The High Line was actually inspired by the Parisian project, La Coulée Verte, located in the 12th arrondissement of the French capital, built in 1993 from a disused railway line. The project, both architectural and green, follows the old Vincennes railway line and crosses an elevated viaduct to reach the Bastille. The High Line, the American counterpart of the Coulée Verte, was to have retail space underneath, but plans were scrapped after the spaces under the park were privatized.

With nearly 40,000 French people officially settled in New York, Chelsea is also a neighborhood taken over by expatriates. On 29th Street, between 7th and 8th Avenue, the O’Cabanon restaurant has taken up residence since 2015 with its adjoining shop where you can find a wide range of French products: cookies, preserves, syrups, cheese, cold meats, chocolate, cosmetics and even books in French.

Further south, within the Chelsea Market itself, the Norman pastry chef Jérémie Rousselet officiates at Tiny Feast. On a very French note, ham / gruyère baguette sandwiches, charcuterie boards and donuts are on the menu. “I have a lot of good memories with donuts: they remind me of summer and the holidays, their delicious smell, and when I was a child, in France, going to bakeries after school to have a donut” explains the French chef on the Tiny Feast website.

It was also in Chelsea that the 2013 Chelsea Film Festival was born – sponsored by French nationals Ingrid Jean-Baptiste and Sonia Jean-Baptiste and whose 9th edition has just ended. This festival dedicated to the 7th art, highlights and awards international independent or emerging filmmakers. This year, among the 141 films presented, 11 were produced by French directors.

Chelsea, this neighborhood where it is good to stroll, work and live, however, remains an expensive neighborhood in New York. “As of September 2021, in Chelsea, the median selling price was $1,289,000, and reported on the surface the median price was $1,491 / sqft. For rentals, the average rental price in September was $3,675 for a studio, $5,150 for a one bedroom and $7,450 for a two bedrooms ”explains Yann Rousseau, Managing Partner at BARNES New York.

Expensive, but cool, so is Chelsea…