Neighborhoods for everything couture
Soho is one of the trendiest neighborhoods in Manhattan.

Surrounded by Houston Street, The Hudson River, Lafayette Street and Canal Street, the area is known for its commercial buildings transformed into loft-style apartments.

Soho is also known for its art galleries, design furniture stores and many museums including The New Museum of Contemporary Art, The Museum of African Art and the Guggenheim Soho.

The neighborhood is one of the hotspots for shopping in New York City. You will find boutiques, shopping malls, bigger department stores and every possible brand. Broadway is the most commercial strip with big names such as Zara, H&M, Topshop, Uniqlo and many more. Bloomingdale’s also opened a downtown location on Broadway.

The area is home to a Whole Foods on 95 East Houston Street and many gourmet groceries such as Gourmet Garage or Dean and DeLuca. For dining you will find wide varieties of great restaurants such as Mercer Kitchen, La Esquina or Balthazar for French cuisine.

Night life in Soho is very dynamic and nice lounges and bars can be found at the Crosby Hotel, le Mondrian Hotel and the Mercer Hotel.

Located downtown, you can access the neighborhood through the A, C, E trains to Canal Street, the R and W through the Prince Street stop and the N, Q, E, W stops at the Canal Street stop. The 6 is also available on Canal Street and Spring Street. You can use the MTA Bus: M20, M6, M1, M22.

Tribeca started out in the 1800’s as a result of being a shipping destination. Now known as primarily a residential enclave, the area started out as a commercial hub. When the food markets began relocating to the Bronx during the 1960’s and 1970’s, loft-hungry artists and other professionals occupied these warehouse loft buildings as living spaces. More spacious and unequivocally less expensive than anywhere else, Tribeca saw an influx of painters, designers, filmmakers and the like transforming its barren buildings, many of them of architectural significance, into beautiful, sun-drenched art studios living and working spaces.

Tribeca is now one of the city’s highest priced neighborhoods. It is quickly blossoming into its own hub, with hip hotels like the Tribeca Grand, The Smyth, and The Greenwich sharing the spotlight with fabulous boutiques (Tribeca Issey Miyake) and high profile residents It is essentially a residential neighborhood attracting families that have long taken an interest in the generally larger loft spaces in this Tribeca. Its proximity to the West Side Highway’s waterfront parks, its quiet streets, spacious housing and wonderful schools make it very popular with couples who have children and young professionals.

Tribeca has been regularly voted as one of the city’s most desirable neighborhoods, Tribeca continues to draw the finest purveyors of food and services, furniture, and fine and fun dining establishments as well as becoming a second Broadway with a wide variety of theater and other cultural attractions. The Tribeca film festival is also very popular and attracts hundred of visitors every year.
You can have access to the neighborhood through the A, C, E train at Canal Street, the 2 and 3 through the Chambers stop and the 1 and 9 stops at Canal, Franklin or Chambers. The 6 is also available on Canal Street and Broadway. You can use the MTA Bus: M20, M6, M1, and M22.

Our selection of properties in Soho / Tribeca 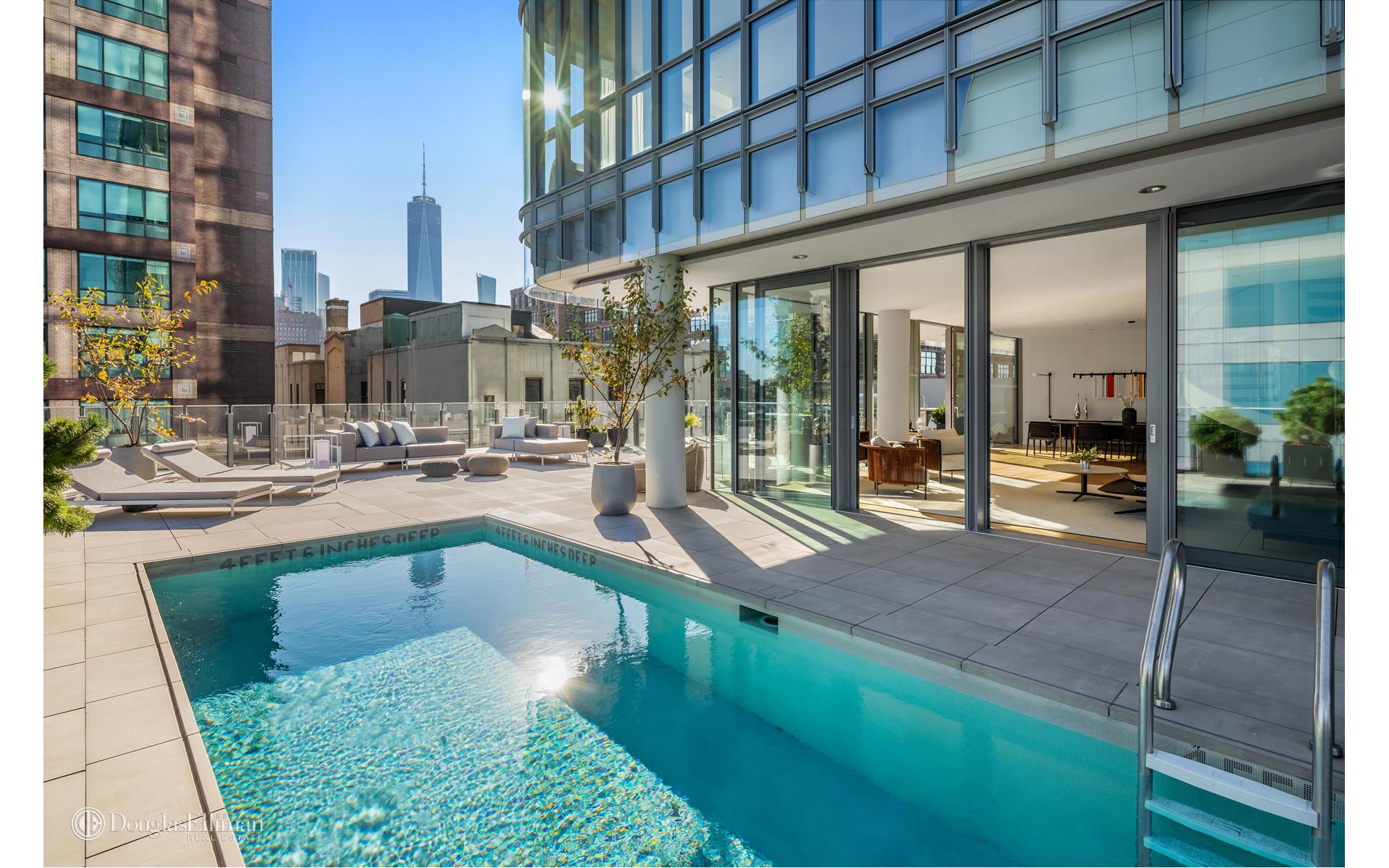 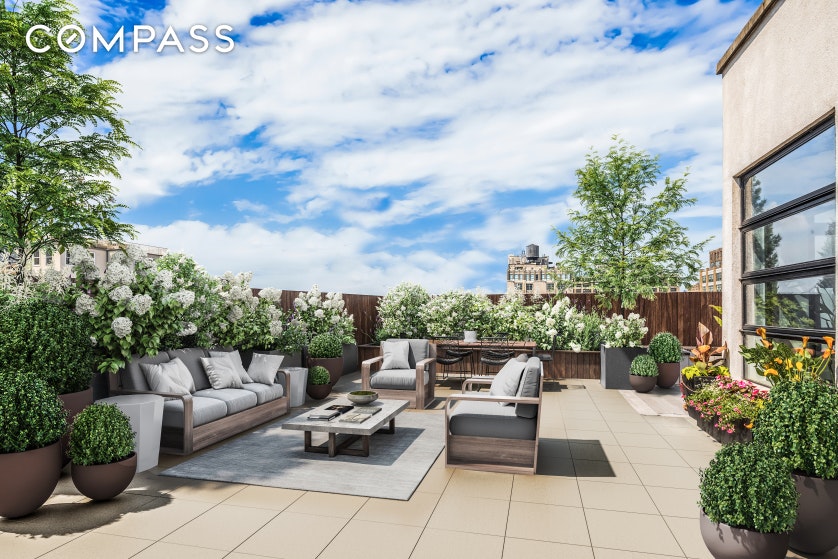 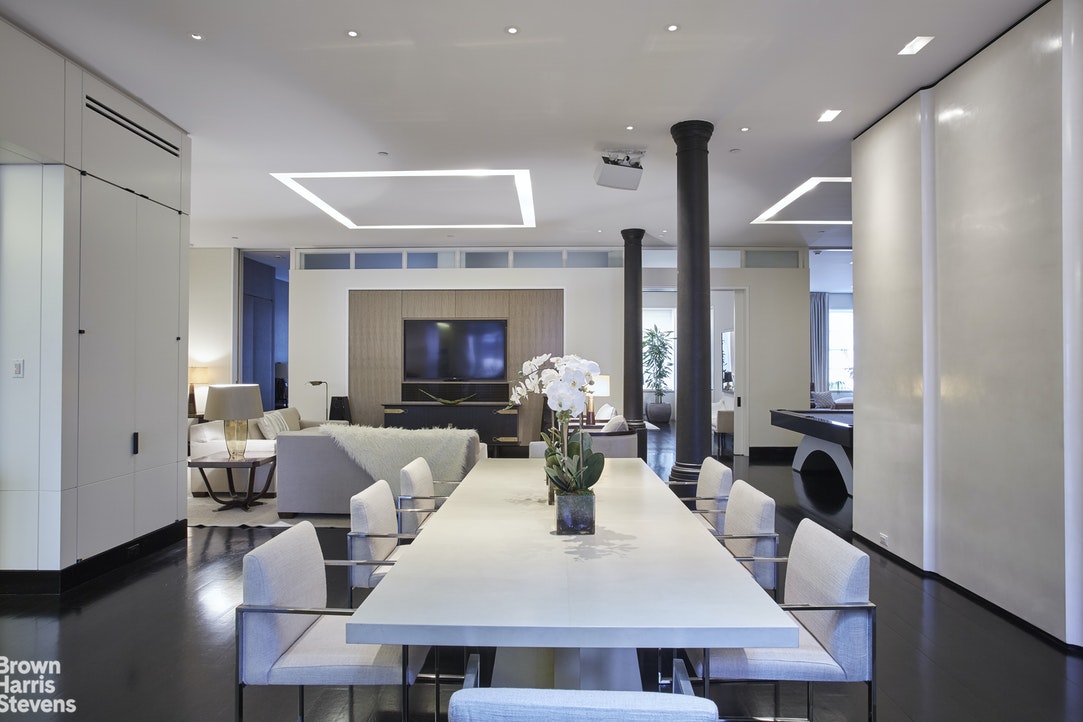 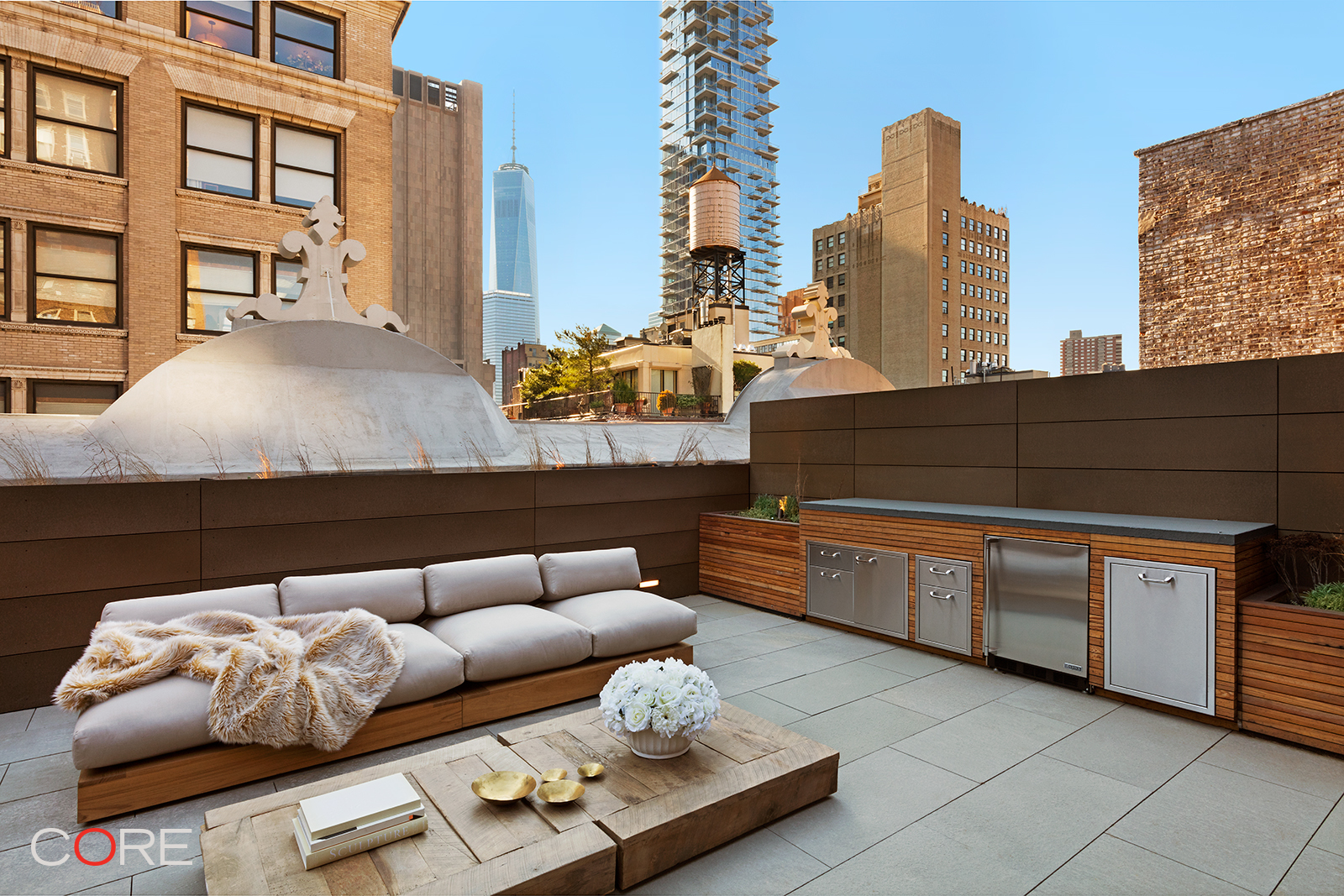 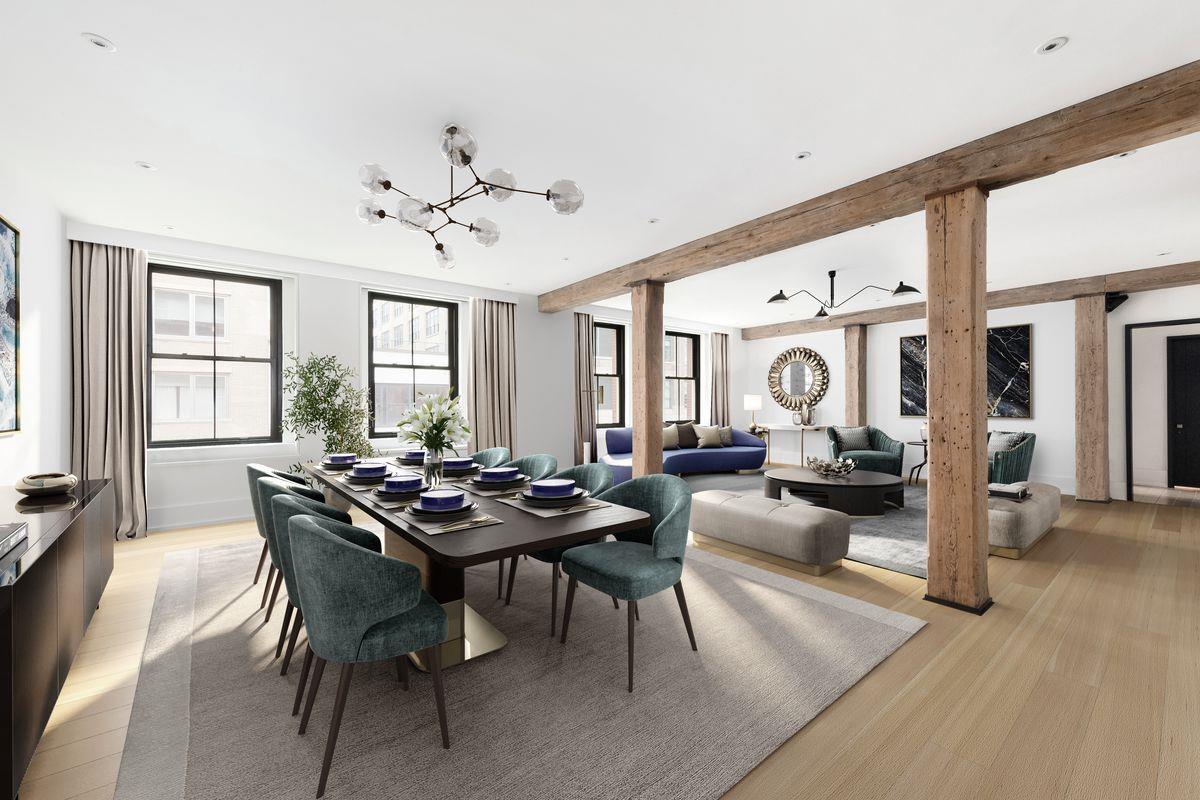 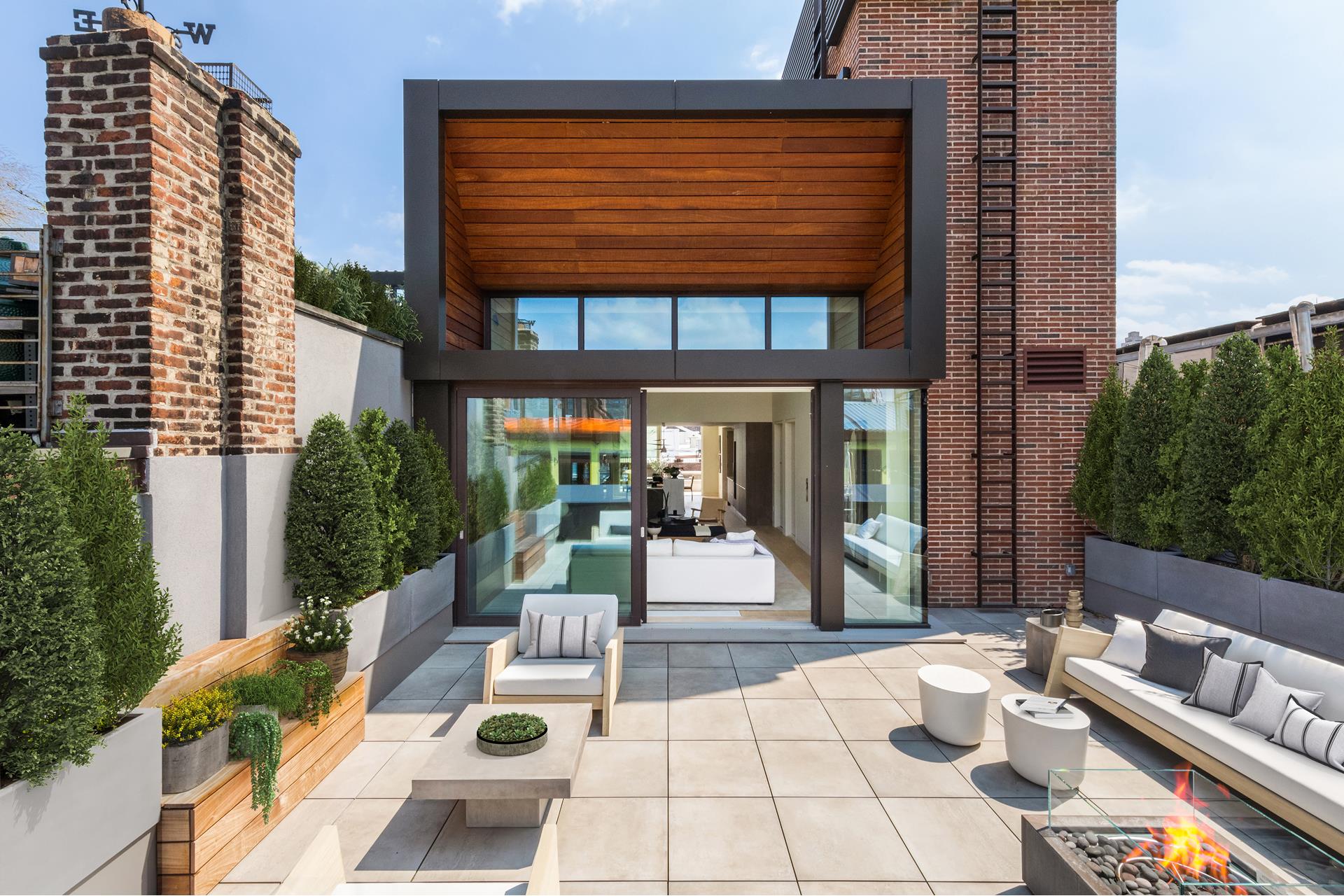